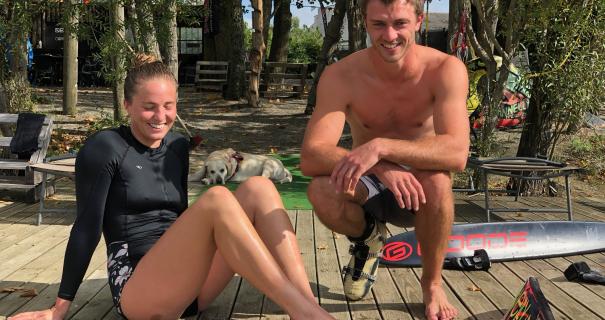 Ambre Franc and Sacha Descuns, both long time Team Soubiron's members made magic at the Open Europeans championships in Greece.

Sacha took the Gold after a strong battle with Worlds champion Freddie Winter on a double run off, and scored an impressive 4@10.25 to take the win. The last French winning the Europeans was in the 90's with former champion Dimitri Gamsukoff, and fellow Sacha's former Team Soubiron teammate JB Faisy that took Silver in 2006.

Ambre Franc for the second year in the row for the Silver medal with a great 2 rounds. Ambre thought she only needed 1 bouye at 10.75m for the win as she didnt want to know the scores to break before skiing her finals. It is anyways a great medal and Ambre will learn how to cope with others scores before skiing to make sure to get what it needs to get the Gold! Ambre has improved so much in the last couple of years and she is getting more and more consitent tournaments after tournaments and it looks 2019 will be an awesome year to come !

Congrats to both of them on some great skiing :) 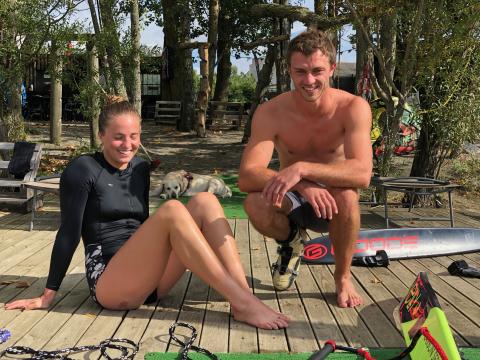