Sacha Descuns made history. The 10th men in 43off 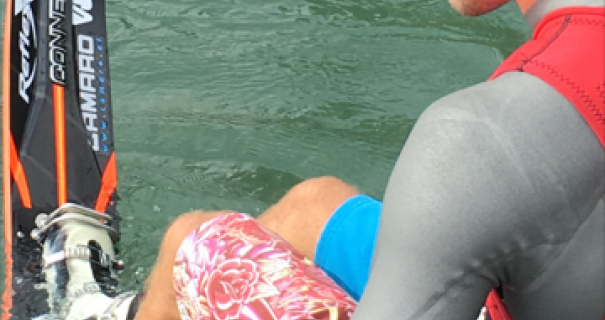 The story behind the scenes

Sacha went to Florida at MCskitraining Center, in March for couple months to get back on the water in good and warm conditions. When he got back in May, to Seysses in France at my ski school, Vincent Soubiron ski school, Sacha had still a lot of trouble skiing and his position was really off due to the fact he couldn’t use his front leg the same way than before (as of today Sacha still limps). To be honest when I saw him after his couple months of skiing in Florida, I wasn’t very optimistic of his come back to the highest level, and he wasn’t neither..

Sacha and I have been working together for 17 years, I know how I built his technique from the start. When he was young I only worked on his legs position for 2 straight seasons, and then only on his eyes movement. In May, I felt we needed to get back to that start.

As he can’t use his front leg because it is too weak and painful, I asked Sacha to move his center of gravity (COG) further back on the ski. Immediately his center of mass was moving much better. He was able to create a lot of energy and still using a lot of ski surface even though his COG was riding back. The pain was reduced drastically.

If you take a closer look to Sacha’s technique and pay attention to his eyes movement you will see how much he works his vision into the course. The problem with that new position on the ski, his eyes movement’s phases couldn’t be the same than before. I then asked him to change the angle, the speed and the duration until we found out what was suiting best.

We both got very impressed on how this allowed him to get back in the game. For 6 weeks straight we only worked at 32 off until the 2 sides were symmetric and getting used to the new body weight placement on the ski and vision phases. We ended up tuning his turning for the gate, which is very singular if you look at it, but again allows him to ski with less pain and to be very efficient. The pull out for the gate has been a big issue with the pain and the reduced mobility of the leg.

All this time was also to rehab the brain and the leg for it to say it was ok. Most of the time you can be healed but the connection brain/ injured member is still off for a long time, resulting in skiing on a defense mode and losing a lot in quality and risking to get injured again.

During July we worked more on 39, and in August it was time to get into 41 off.

We also found the right ski that was suiting his way of skiing, and the way of how rides the GT Connelly was absolutely perfect for it. It helped Sacha to get even more confidence with a ski he knows he can trust, that won’t blow off the tail and help him to go faster from one side to the other. The GT has a singular way of sitting on the water that allows you A lot of things to play with. He went to a competition last weekend of July and scored twice 3@41 and qualified for the Europeans

Two weeks before the Europeans (mid of August), Sacha started to run 41 off in training and his last set before leaving to there he skied 1@43 off the dock at home. He got very nervous because Europeans were not in the goals schedule, but naturally it became one and he realized he could podium. I told Sacha it was just a bonus, no pressure to have.

At the prelims he was beyond stressed but he managed to pull out a nice score and finishing Top seed with Tgas. In finals he is ¼ buoy short from the podium as he wanted to secure #1 ball a bit too much and got narrow on #2. Anyways, he proved himself that he was back in the business. As of today, except at his first competition since his injury, that was Nationals, he didn’t miss a 39.

In September, we worked a lot on down the line sets and he was running 41 off of the dock almost every time and we both new the score will be there soon in competition. He got 5@41 mid of September, and last weekend he got 1@43. When he got at 43 off, he just wanted to make and save one buoy. Important improvement with Sacha also, is the fact to take no risk no more. Neither in training nor in competitions. If he can get an extra ball, fine; if too risky he skis back to centerline.

The performances are pending as they will be French records.

Sacha has a lot of potential and I am sure he is going to improve his record even more, wether this year or next one. He has 2 more competitions in France and then he’ll ski the one in November at MCski center in Florida. The focus now is to be ready for LCQ and Open Worlds in Paris.

Sacha is the proof of pure dedication and work. He wasn’t scared to make big changes in his technique to be better. I don’t know how many sets/passes we did together in 17 years, but I can tell I have never ever seen him wasting a pass. He always worked hard.

His leg still hurts him quite a bit, and we found the right balance of 2 days training/2days rest.

We had so much fun working to adapt his technique after his reduced leg mobility. I am grateful of that day I chose to go for a Masters in Biomechanics at Med School, that enabled me to understand how the body works better, and after an injury it is so important to know the injured member of the body but also to have an holistic view on how the body works.

In short, if you got injured, even badly, Sacha’s Xrays are scary, don’t give up but take the time to put everything on the table. Go with someone that has knowledge in Biomechanics and Neurophysiology as well, you will be amazed on how things would be able to change. Don’t set goals too early or too big, that will take the pressure away, they will come by themselves. With Sacha we did put the goals for 2017, the goal for 2016 was only to get back on the Top 20 to qualify for the Worlds in 2017. But finally results came earlier than expected.

If you have some questions feel free to join me through my website: www.vincentsoubiron.com 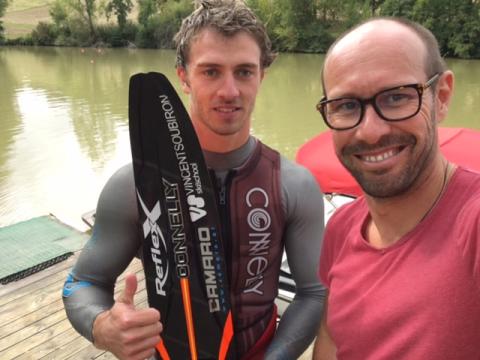 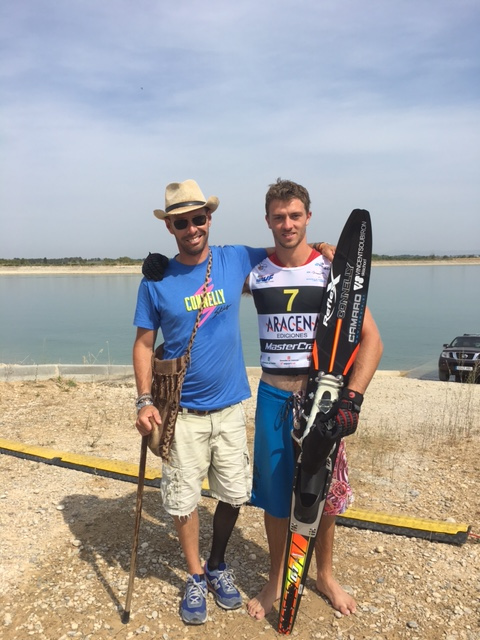