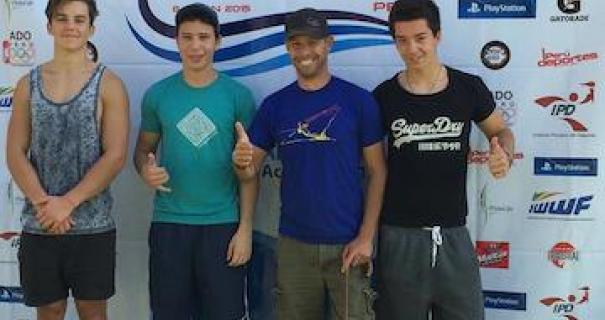 In January 2015 in Peru, were held the 2014 Junior Worlds at the beautiful Bujama Lake. I was very excited to go back there with a team, as the Cugglievans' family hosted the same Junior Worlds in January 2009. Back then, we got there with our Team of 3 skiers that did awesome : Sacha Descuns got the Gold, World Junior Slalom Champion, Thomas Niola after a beautiful 2nd place in the Prelims, still got the Bronze medal in Slalom, and Theo Fernandez got the Bronze in Tricks and perfomed a PB. Both Sacha and Theo also got Team-Vice World Champion. That was a great great moment ;) and achievement for those kids that started at our ski school as beginners, then to see them on top of the World in Junior. 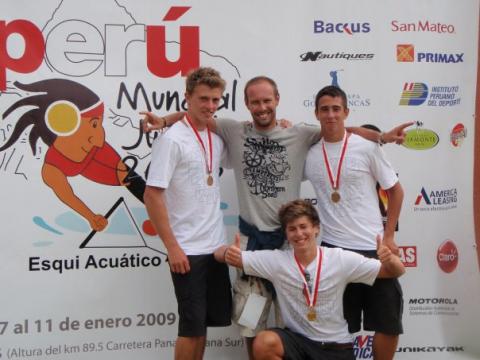 This time we got there with Benjamin Lebozec (France), former U14 European champion, Aris Techouyeres (Greece), former ranked #1 U14 European RL, and Dimitri Tagalis (Greece), only 3 years of training. I have been asked to be the Greece Team Captain and Coach for the event, and it was such a great pleasure to do so as those skiers have such a great spirit and have our dearest value of sportmanship, sharing and helping. 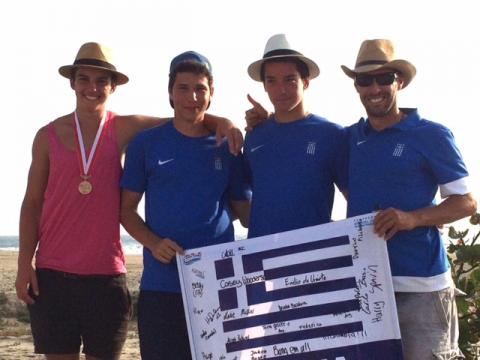 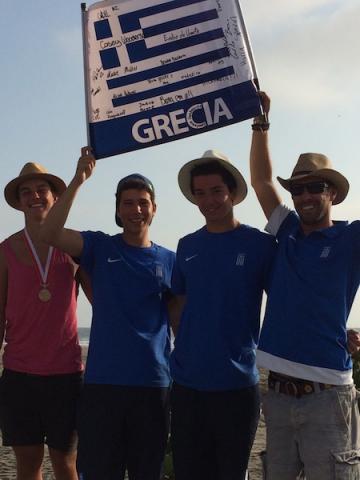 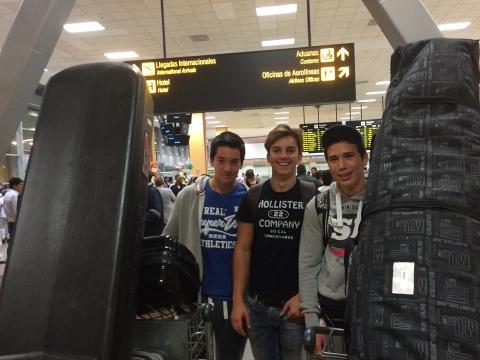 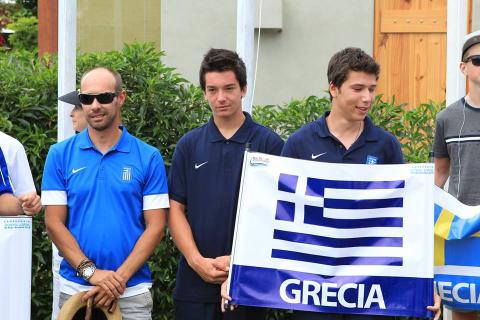 We got in Peru January 1st for some training on site, to finally start the competition on Jan 8th. In Slalom Benjamin, aka Béni, and Aris got both in finals with Aris skiing his PB for his ticket in. Dimitris, aka Machu Pichu, also broke his PB but too short to make it to the finals; but it is already a good achievement to ski a PB in a Worlds prelims ! In Tricks, unfortunately Aris's Toe trick handle broke on the landing of his TLB, didnt got his TLB credit and the couple tricks remaining behind and found himself the 1st one out of the finals and one trick short to make the cut ;( . Aris though managed to pull out a PB in Jump, first competition ever at 1.65m and jumped more than 40m. 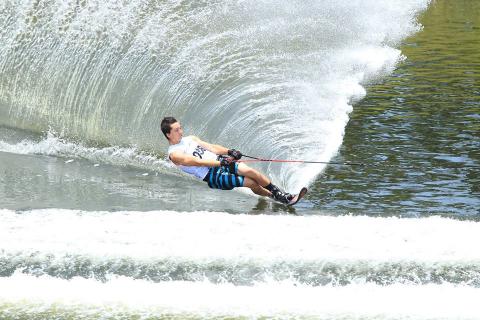 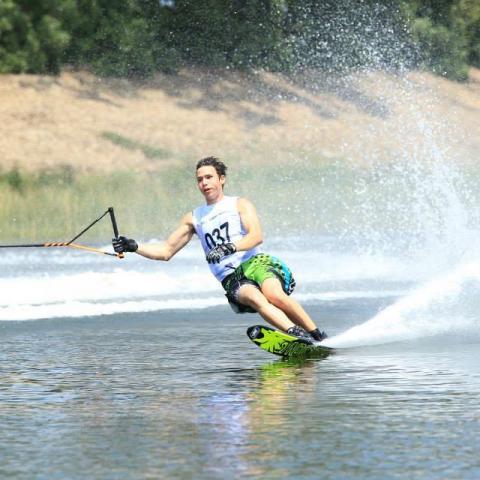 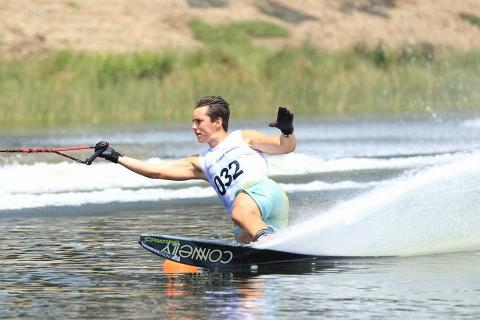 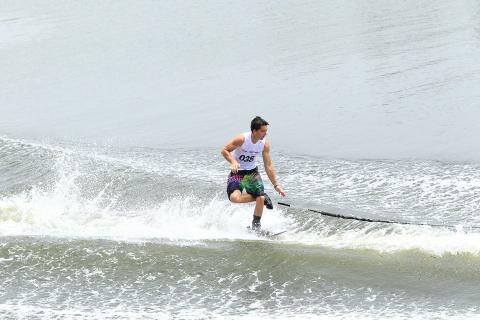 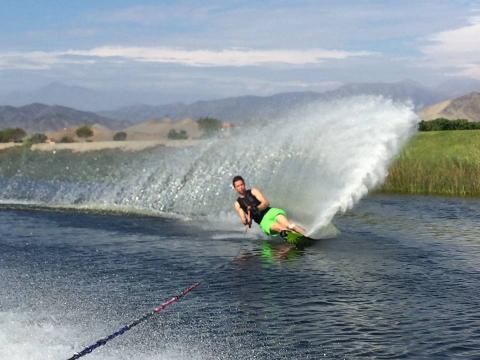 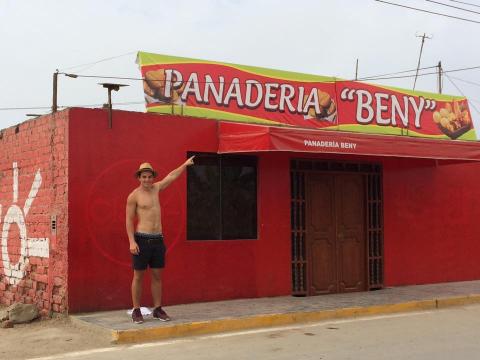 In the Finals, Aris is the first of the Team to hit the water and fell at the end of 12m line and finished 10th; Aris was a bit disappointed of his performance but it was his first Junior year and first Worlds, he ll be ready for the 2017 ones in Chile :).

Béni fell earlier than what he thought and expected, with 2.5 at 11.25m after a good entrance into the course, but it was enough to build the "mental score" and put pressure on the other skiers behind him. The other skiers fell also earlier than what they thought, a finals is a finals, skiers get nervous as all of them want to bring back a medal home. Beni was 5th in the prelims and they were 5 at the same score, but he was the first one out on the water in finals to ski; he had to wait the last 3 on the dock to know he got the Bronze medal. There was a lot of great slalomers, and the prelims scores were pretty high for Junior. Roberto Pigozzi from Dominican Republic broke the Worlds championship' record with 3.5 at 10.75m, this record dated from 1996 held by Chris Parrish ! Roberto also won the finals with 5 at 11.25m.

That was A great competition, we all got back with great positive energy; we laughed so much, we shared so many great times on and off the water with the 5 of us : Dimitri, Béni, Aris, Isa and I. Isa is Aris's mum, that was my assistant coach ;). She is the one that one in charge to take care of the hotel matters and made "friends" with all the hotel staff ! hahaha ;) long story to tell, but to make it short, every staff was hiding under the counter when she was coming in lol !

We were so happy and proud for Béni that got the Bronze medal, especially after 2 years of injury, and a selection from the Federation that were far from to be done. It was also a great opportunity on that slalom finals day, January 11th, to show our solidarity with all the French which day marching in the France streets, to fight for the Freedom of Speech, after the terrorist attack at Charlie Hebdo. We made some "Je suis Charlie" signs that Béni proudly held up on the podium, and we had some with the Greek Team that joined us.

Thank you guys for those great moment, keep going this way ! Machu Pichu (Dimitri) you got to keep your "banana belt", it's like Superman's cape :) 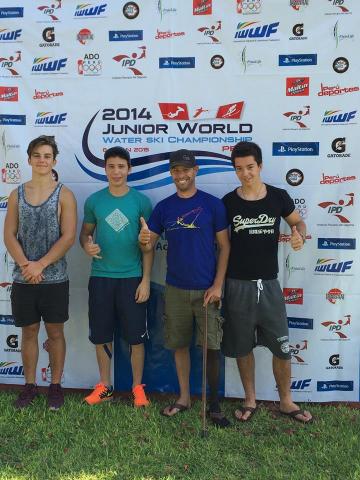 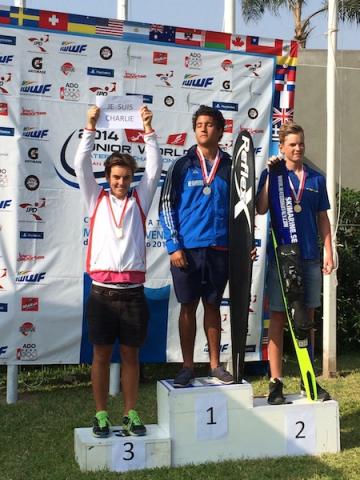 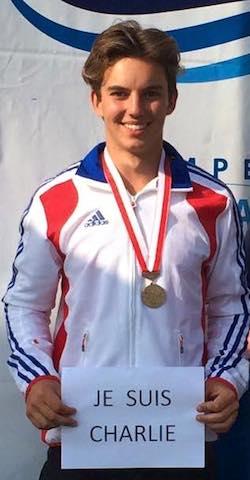 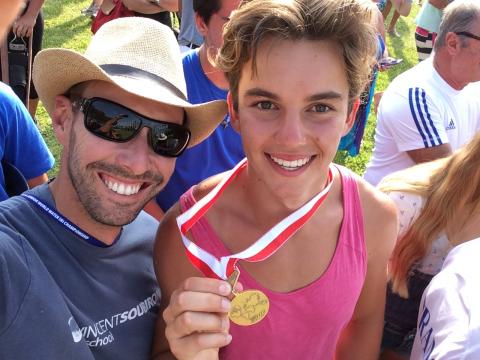 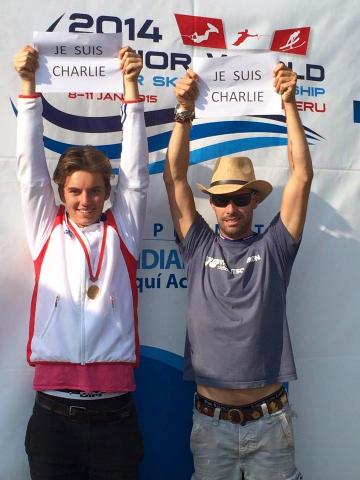 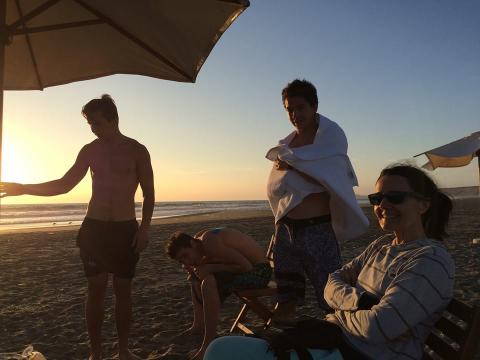 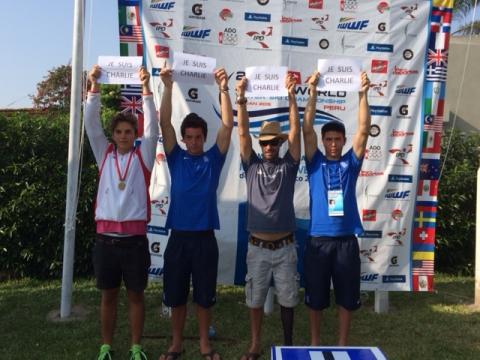